Saksun is one of the most beautiful and distinct places in the Faroe Islands. The trip to the lovely neighboring village of Tjørnuvík is an unforgettable experience

The route starts at the parking lot below Dúvugarðar, located on the north-easterly side of the great gorge in Saksun. Dúvugarðar is a several hundred years-old listed farmhouse, which now functions as a museum.

Walk about 50 meters and turn right when you have crossed the bridge at Skipá and walk about 2-300 meters uphill through the infield along the river.

When you get into the outfield, climb the first hill - about 30 vertical meters, around the same height as the start of the waterfall. From here, you need to look diagonally upwards towards the northeast. On the hill in the horizon you see a cairn about one kilometer away. Use it as a landmark. During the first 200 meters, you walk in roughly the same height and then reach the path that leads up to the cairn.

The tall mountains give the area around Saksun an air of mystery, but not least unimaginable beauty. The fjord used to be a good natural harbor, but after a heavy storm in the 1600s, the fjord was blocked with sand.

On the way up to the cairn, the path may be indistinguishable in some places, but when you reach the cairn itself, there is a cairn path all the way to Tjørnuvík. The cairns will lead you in a more easterly direction towards the area Frammi í Dal, where the river, Gellingará, meanders down through the valley. There is a special tranquility here that ensures peace of mind and a smile on your face.

You now come to Tjørnuvíksskarð and the path goes slightly uphill. On Tjørnuvíksskarð, there is a beautiful view to the north of Eysturoy. From here, you see the characteristic rock pillars, Risin and Kellingin (Giant and Witch). The story of these two is that they were sent to the Faroe Islands to drag the islands to Iceland. The giant was standing in the sea, while his wife climbed up the mountain Eiðiskollur to tie the Faroe Islands together so that the giant could pull the islands away. She then set off so hard that the north of Eiðiskollur cracked. The preparations took longer than expected, and as the two were about to go back home to Iceland, the sun rose and turned the pair to stone.

Here, you also have a view of Slættaratindur and Gráfelli, which - with their respective heights of 880 and 856 meters - are the two tallest mountains in the Faroe Islands.

Follow the cairns all the way down to Tjørnuvík. The densely settled village is a very beautiful and charming part of the Faroe Islands. Tjørnuvík is known for its special hymn singing, the Kingo-songs, which is an ancient hymn tradition that originates from the Danish hymn writer Thomas Kingo. The village has a choir that performs Kingo hymns. Tjørnuvík also has a nice sandy beach and striking waves that attract many visitors.

The hike is good in both directions.

Arriving by car
Parkering, Saksun
The public parking lot near the church in Saksun is a good place to park your car. From here, walk over the bridge, where you will find the starting point of the path (illustrated with a blue line on the picture).

Arriving by car
Parkering, Tjørnuvík
The public parking lot situated by the main road when you enter the village. From there, you walk across the bridge, along the church and through the village to the point where the path begins (illustrated with a blue line on the picture).

The route is suitable for children above 8 years

Medium - Somewhat difficult from Saksun and up to the first cairn 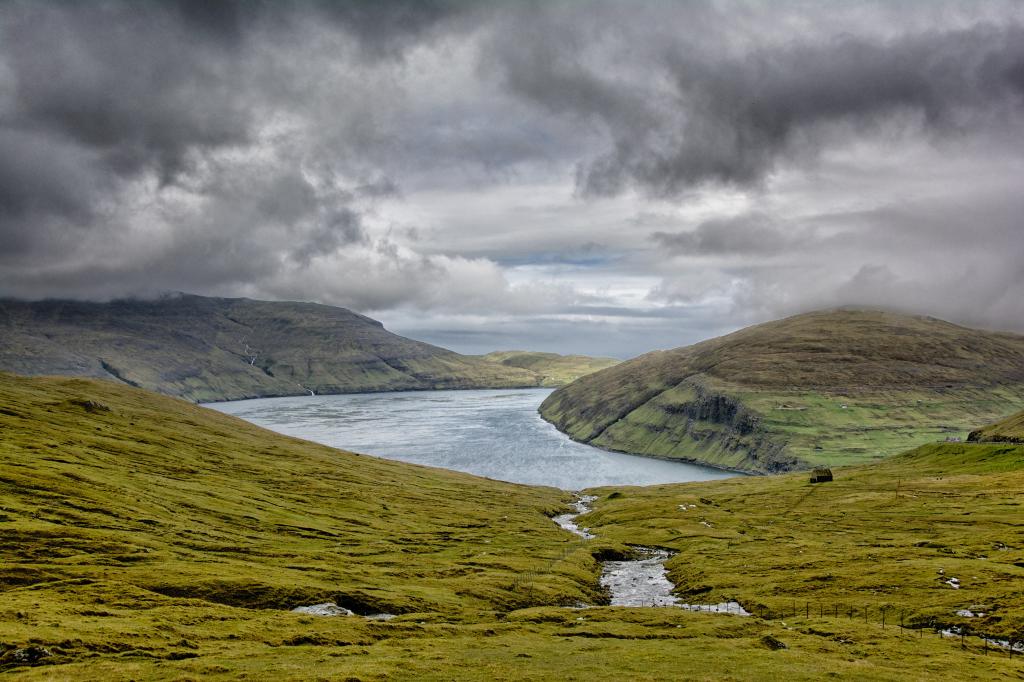 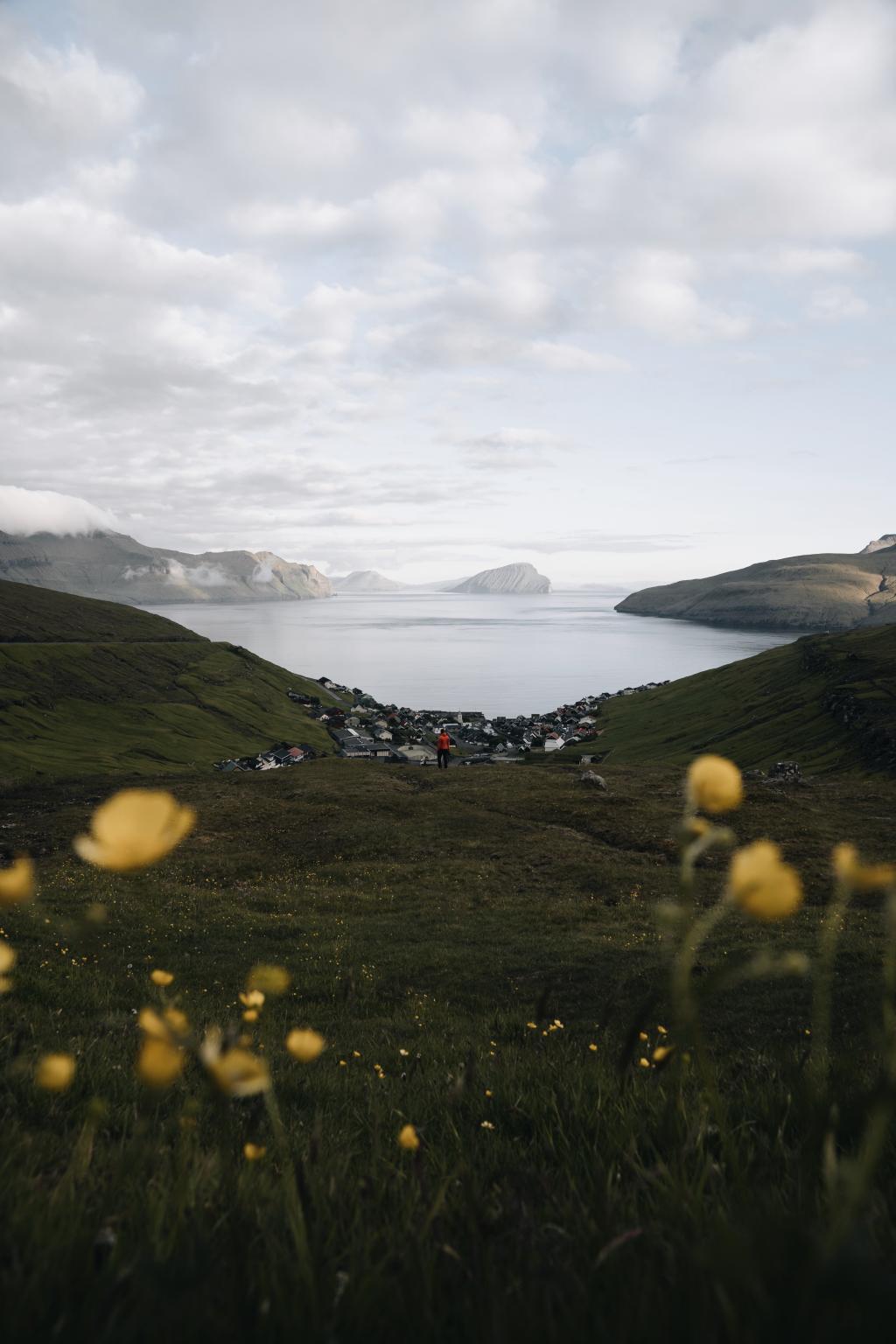 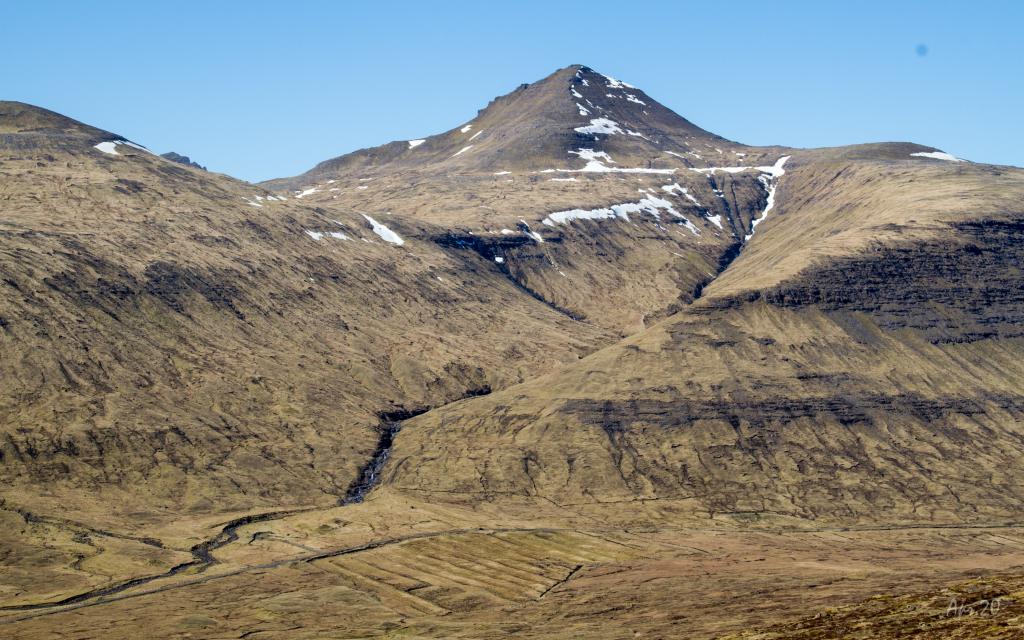 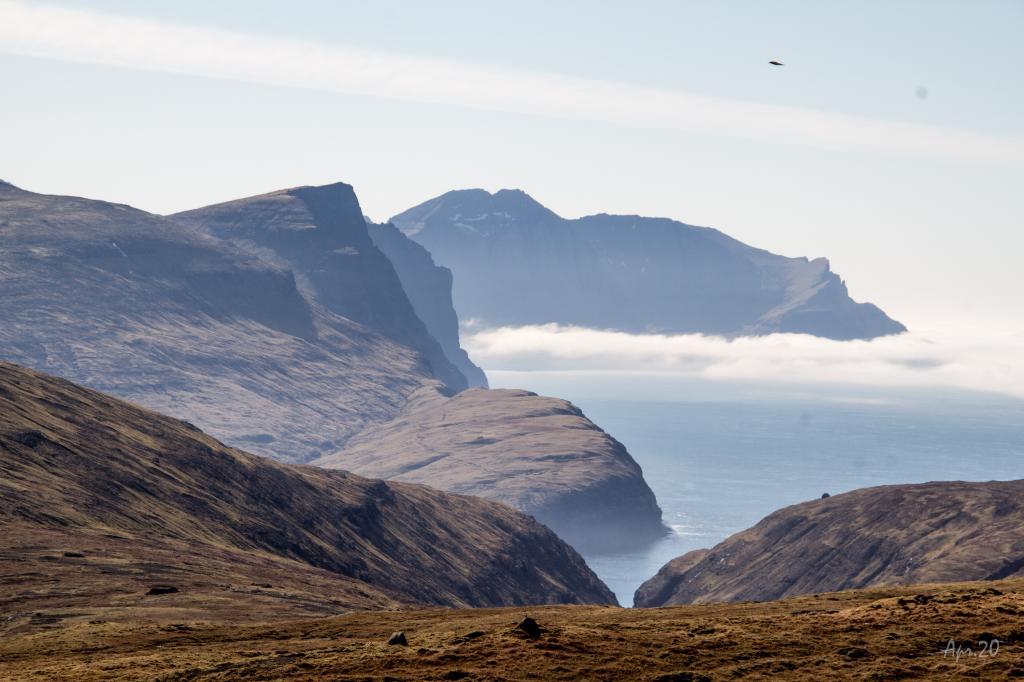 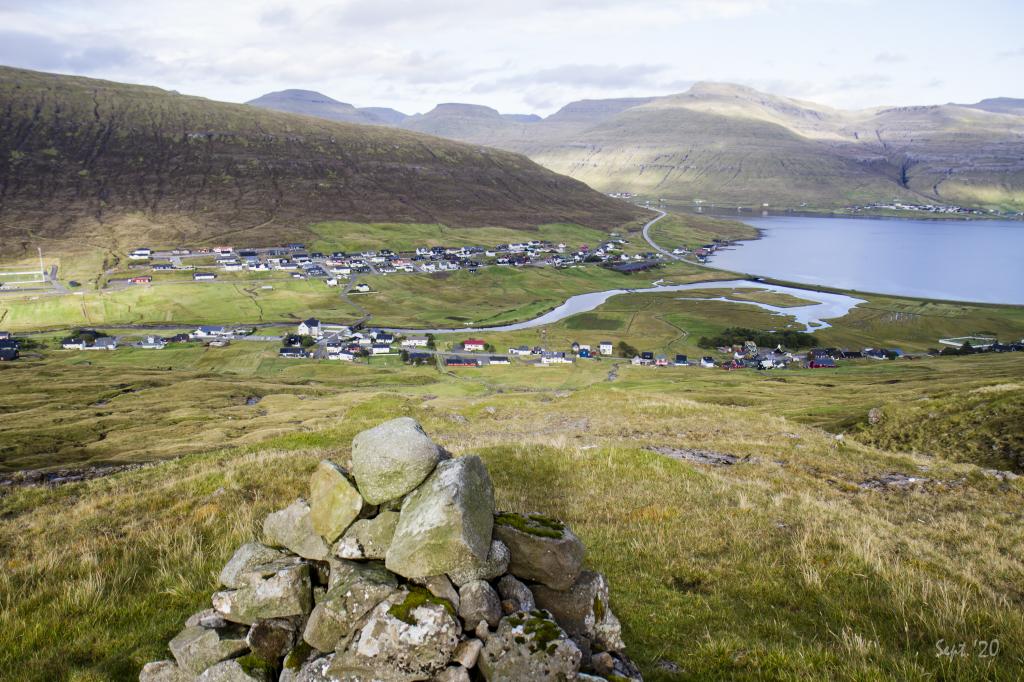